A Fusion of the Visual Arts and Music Flight in Space with children aged 7 to 10,
Béatrice Cofield, artist and painter,
Walter Fabeck, pianist and Contemporary Composer.
More than 500 paintings were composed while listening to Walter Fabeck’s music, named flight in Space.
For each child, they reflect a deep contact within and a response to the music.
Within this inner space, the invisible is described with emotion and precision. Concentration and relaxation are naturally sustained by sounds.
A mirror where one equally perceives, the individuality of the group and the individuality of each member, where the universal and individual elements
of our humanity define themselves clearly .

From abstraction to representation : 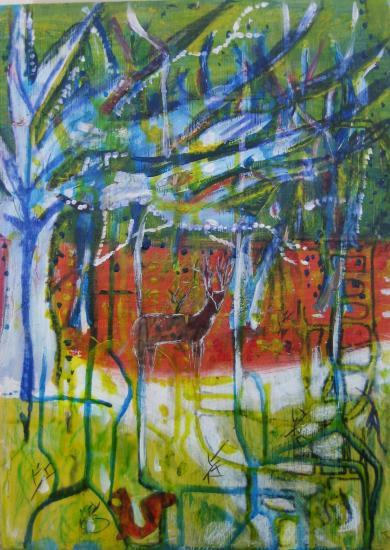 Children aged 9 to 10
In these studies, the children didn’t listen to music. Inspired from Rousseau and thinking about the autumn winds in their own forest , they  threw across their paintings a powerful energy, a universe of many transparencies, shimmering shadow and light.
Listening to music or thinking about it :
These two approaches are intricately linked and must be used alternately. 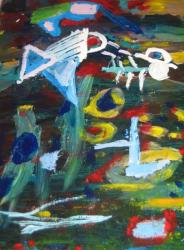 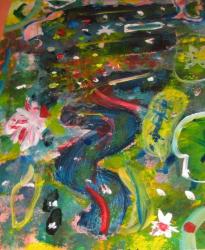